The Cottesmore Hunt and the Village

Foxes have been hunted in various ways since pre-recorded history. Foxhunting became more popular in England from the latter part of the 18th century because of the clearance of the British forests due to increases in farming and the enclosure of land.  The forests were the habitat of the deer.  So there was a switch from hunting deer to hunting foxes who were flushed from coverts by hounds (small woodland, gorse or brush) into the open and then hunted by hounds across country until the fox was caught and killed by the hounds or escaped unscathed. The new technique was virtually invented by Hugo Meynell, Master of the Quorn from 1753 to 1800 and was eventually emulated by all other packs of foxhounds.

It is widely believed that the origins of the Cottesmore Hunt (or the Cottesmore as it is known) began when in 1666 Henry, Viscount Lowther brought his hounds from Lowther castle to Fineshade Abbey. These hounds were subsequently sold to Thomas Noel (who was the second husband of the widowed Countess of Gainsborough) on behalf of the Earl of Gainsborough.  Between 1696 and 1779, there was an agreement between John Duke of Rutland (Master of the Belvoir), George Earl of Cardigan, John Lord Gower, Lord Howe and Baptist Noel Earl of Gainsborough). They shared hounds and jointly hunted an area which covered Rutland, Northampton, Leicester and Nottingham.  In 1732 Lord Gainsborough took his share of the hounds and started to hunt in the area which became known as the Cottesmore. Tom Noel is credited as being the first Master of the Hunt.

At the start of our period of interest we have just missed the first term in office (1907-1913) as Master of the Cottesmore of Hugh Lowther, 5th Earl Lonsdale, the 5th Earl Lonsdale otherwise known as the "Yellow Earl" or "Lordy".

Lord Lonsdale was not regarded favourably after his first term as master and he was distinctly unpopular. He makes a second appearance however in 1915-21 and made great contributions to carry the Hunt through the First World War and in its aftermath to ensure the survival of foxhunting.  Indeed in his own words to justify his efforts he stated "What on earth are officers home from the front going to do with their time if there is no foxhunting for them?".  When he resigned at the end of his second term it was met with genuine regret.  It may have been expected that due to the tremendous losses in the trenches and the great social change brought about by the Great War that foxhunting would not survive however survive it did.

The Cottesmore was original based in Cottesmore itself and it was a great income earner for the village providing employment through a variety of means – there was the clothing, catering, stabling, accommodation to name but a few. Hunting lodges were a very profitable business especially during the wars. Those that came for hunting tended to relocate to the area for the winter. In addition selling fodder and bedding was a handy side line for hard-up farmers at a time when farming was experiencing an agricultural depression.  At one time the income generated from hunting in Leicestershire alone was estimated to be worth around 10 million pounds. It would be true to say that the hunt brought great economic stability to the village.  The Hunt ensured they kept on good terms with the farmers whose fields they crossed and were careful to put right any damage. They always had permission first to cross the land and were welcomed by most farmers.

On a social level, the Cottesmore does more than hunt, they organise hunt balls, clay pigeon shooting, pony club and the point to point. The hounds themselves are considered one of the best bred around, having been bred entirely for work, and this has been a major factor in the Hunt's long record of excellent sport.

Visually the countryside has been greatly influenced by the hunt. Woodland has been planted deliberately for foxes to live in. One example is Burley woods. The hunt owns 6 to 8 pieces of woodland and is responsible for maintaining them.

Although the heyday of hunting was probably in the Victorian/Edwardian era, it is still popular today and hunt 3 days a week (currently Tuesday, Thursday and Saturday). The Cottesmore hunts the area south of Melton Mowbray extending (clockwise) in the east to the Wash, in the south to the River Welland and the A47. The hunting area is split into "countries".

Notable riders with the Hunt in the 20th Century included members of royalty – the Prince of Wales, Duke of York and the Duke of Gloucester.
In the 20th century Sir Henry Tate was an active member of the Hunt (part of the Tate dynasty) and was one of the many well-off families who now weekended in the area either in their own home (second) or with friends.

The Hunt was also responsible for helping our exports, when Hounds from the pack were bred to hunt coyotes in Kentucky as the local hounds were considered not to be fast or strong enough.

The Cottesmore Hunt took on the responsibility for running what was then the Hedgecutting and Ploughing Match Competition from a subcommittee (with a Mr W Hollis of Cottesmore) of the Rutland Agricultural Society in 1926 and at Braunston in 1930 and it was said that over 31 miles of hedge was laid in the Cottesmore country that year. The annual event was abandoned in 1939 until after the War. The Society then resumed with a ploughing match at Ashwell in 1946 with the next hedgecutting function taking place in March 1948. The one-day competitions continued until 1973.This was an interesting way of keeping the hedges in trim and providing a 'social' benefit.

One downside during this period was the acquisition of land in, 1936, for the new RAF Base just to the East of Cottesmore. Similarly from a little earlier but through to the 1950s the quarrying must have had a considerable impact on the area. These two changes would have given the Hunt some considerable thought and a change in their hunting patterns

HMS Cottesmore (now used by the Lithuanian Navy and called Skalvis), often widely believed by the villagers to be named for the village was actually named for the Hunt – it being a Hunt Class Destroyer. The ship's bell was presented to the Village and at one time hung in The Sun public house but sadly this has now disappeared. There are however one or two items of interest which can be found in St. Nicholas' church, Cottesmore. Prince Andrew, Duke of York commanded HMS Cottesmore from April 1993-November 1994. 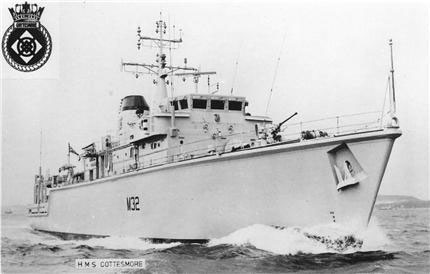 Cottesmore School (based in Sussex) was founded by Geoffrey Davidson-Brown on September 3rd 1894. He named the school after the Cottesmore Hunt in Rutland, where he was born . Legend has it that he fell in love with the Hunt's elegant and courageous Lady Master who tragically died in a riding accident however there were no Lady Masters at that time and no direct connection with the Hunt has yet been found.

The school opened with just two pupils: Oliver and Standage and by the end of term it had nine and an assistant master. Within a year the house at 50 The Drive, Hove, Sussex was bursting at the seams. A site for a purpose-built boarding school was quickly chosen, an architect briefed and by 20th June 1896 the foundation stone had been laid. In May 1897 it was ready for occupation and over the following decade various sports grounds, a chapel and even a swimming pool were added. Davidson-Brown, who was affectionately nicknamed 'The Baron', by both staff and pupils, had a natural gift for teaching, a zest for life and a love of France. His school, which was in competition with literally hundreds of similar establishments on the Sussex coast, thrived in those halcyon years of the early 1900s when a life of service within the British Empire was constantly evoked as a proper aim and reward for the young boys.

Davidson-Brown served on the front line during the First World War when a Mr Baker ran the school for him, but during the 1920s Davidson-Brown relied more and more on Harry Strong-Foster, his deputy, who formally took over as headmaster on Davidson-Brown's death in 1929.

Masters and Huntsmen of The Cottesmore

He had a fondness for the colour canary yellow and is famous for founding the AA in 1905 who took on his livery which is still evident in the vehicles used today. A keen sportsman he was a founding member of National Sporting Club and he donated the first Lonsdale Belts for British Boxing Champions.  He was the chairman of Arsenal football club in 1930s and the club still play in yellow away shirts. Lord Lonsdale devoted his enormous wealth derived from the Cumberland coalmines to a life of ostentatious pleasure. To that end he was the inspiration for the Lonsdale cigar size. 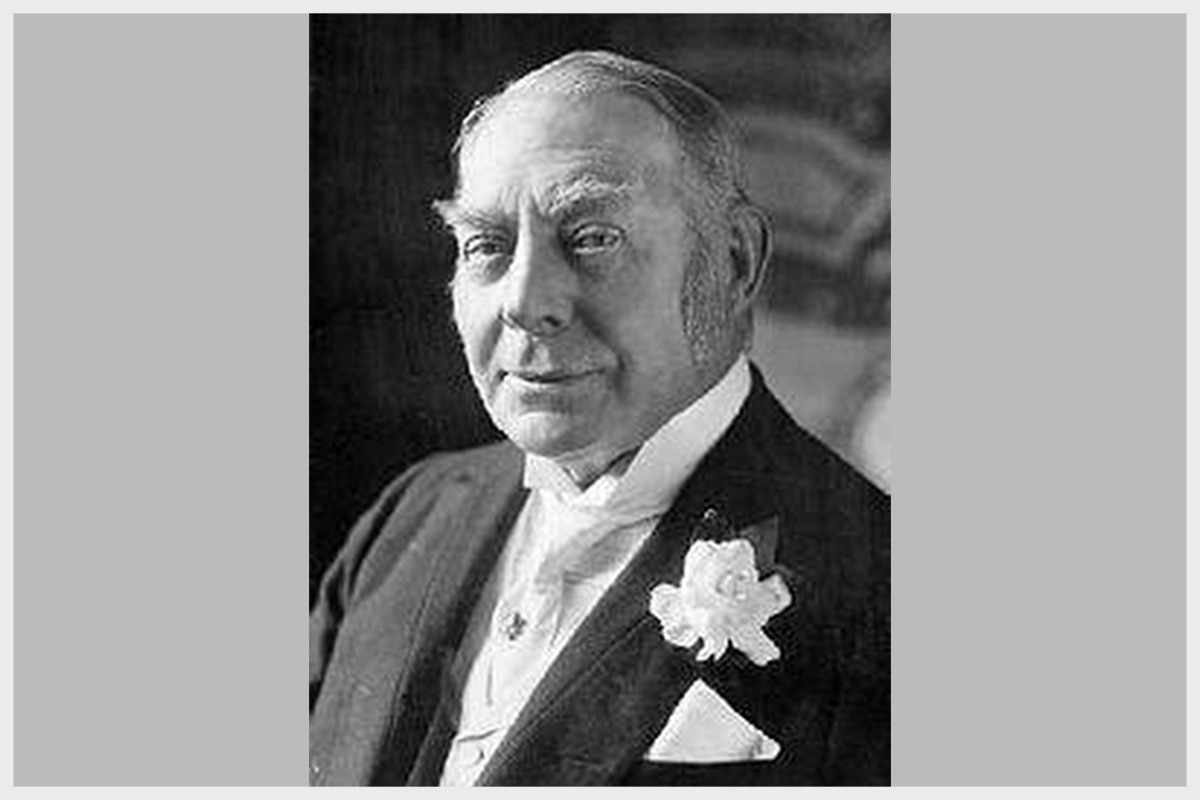 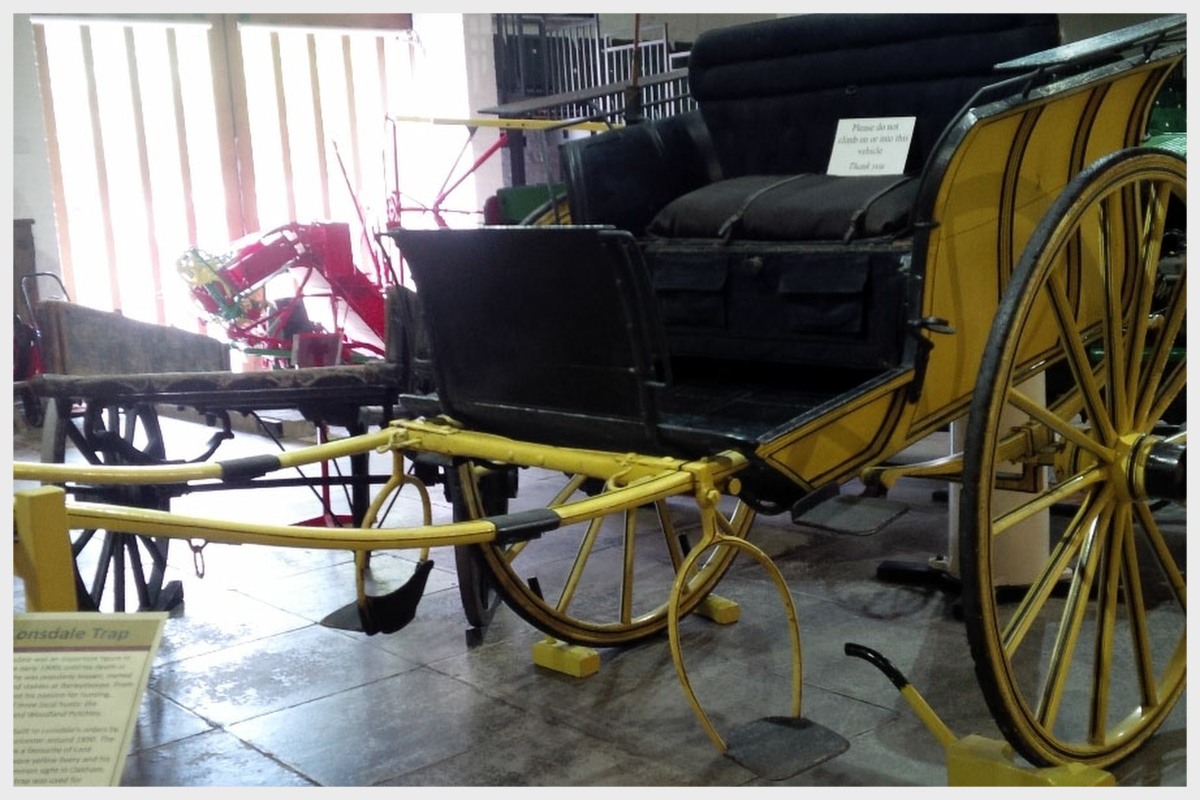 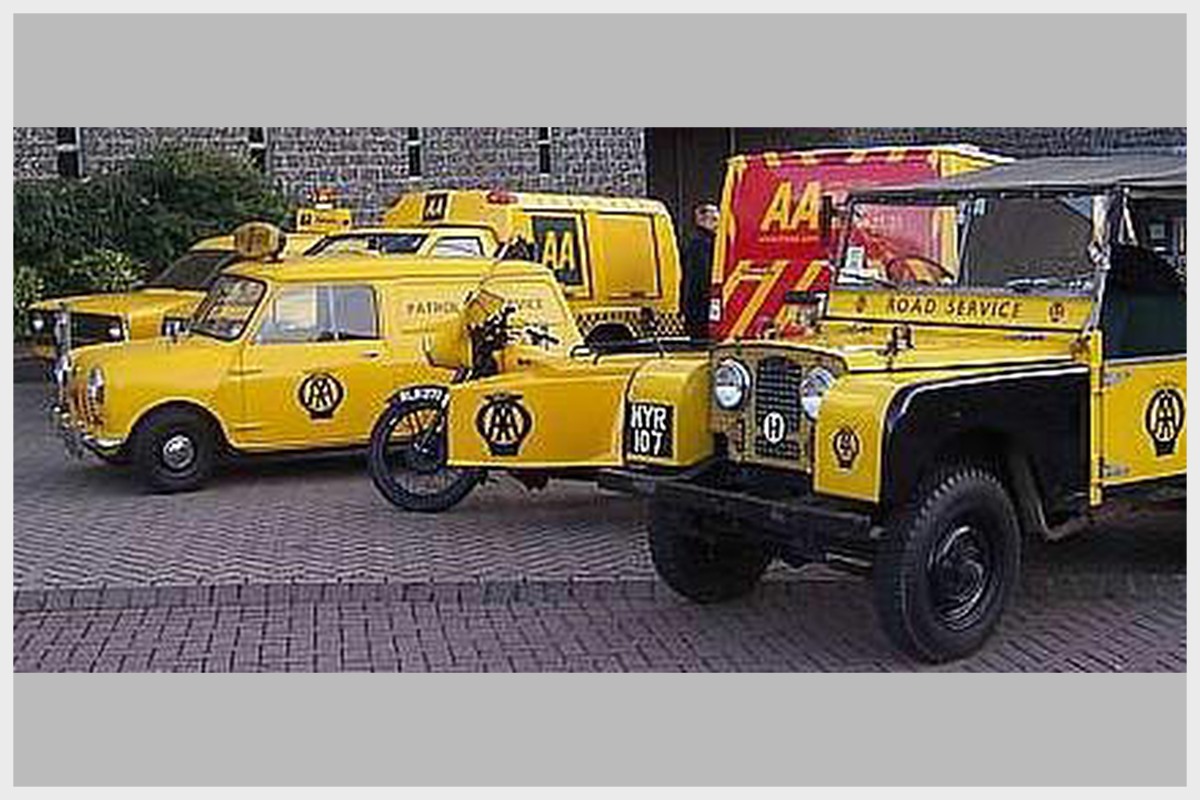 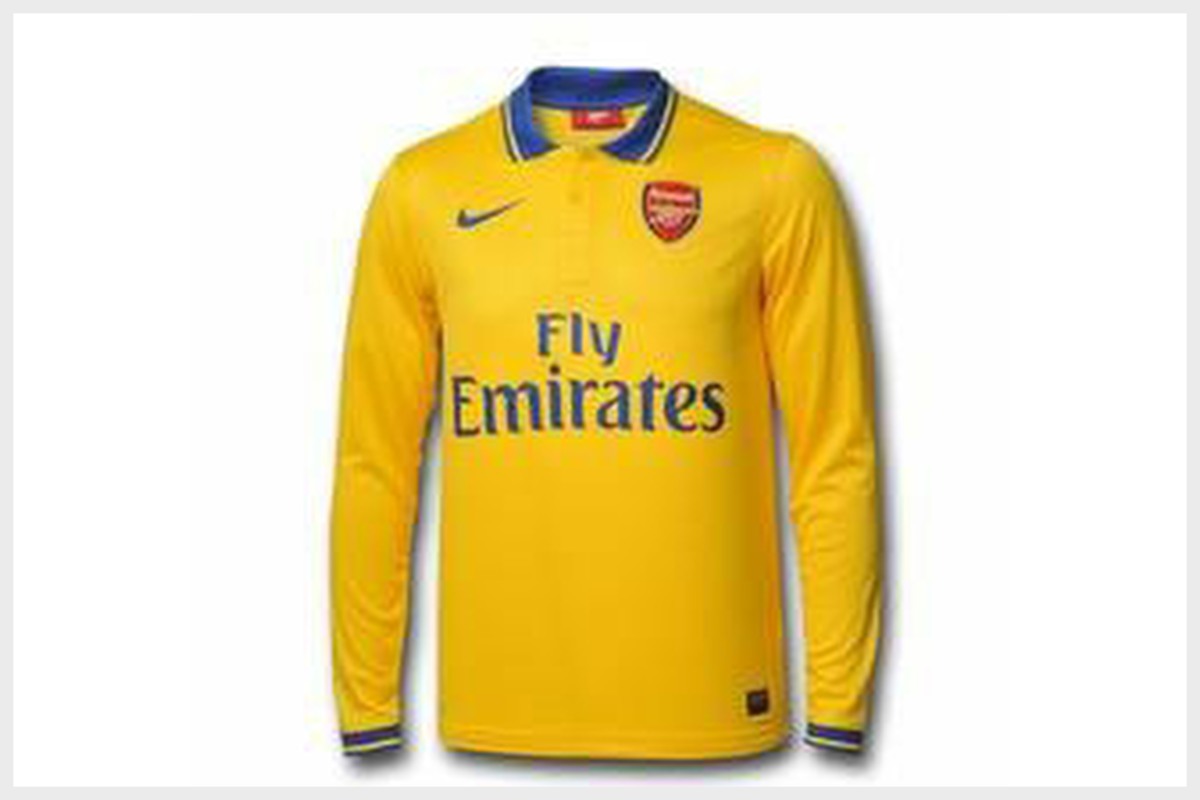 Descendant of the philanthropist and founder of the Tate and Lyle dynasty, Sir Henry Tate

Marcus Kimball was a conservative politician. He was a councillor on Rutland County Council and commanded a squadron of the Leicestershire Yeomanry. Controversially he wrote a letter after the Argentinians had invaded the Falklands to Margaret Thatcher (which remained private until 2013) suggesting that the Argentinians should have the Falklands.

A Victorian Earl in the Arctic: The Travels and Collections of the Fifth Earl of Lonsdale, 1888-89, Shepherd Krech III

Foxhunting in Paradise, Michael Clayton (can be found in Oakham Museum) 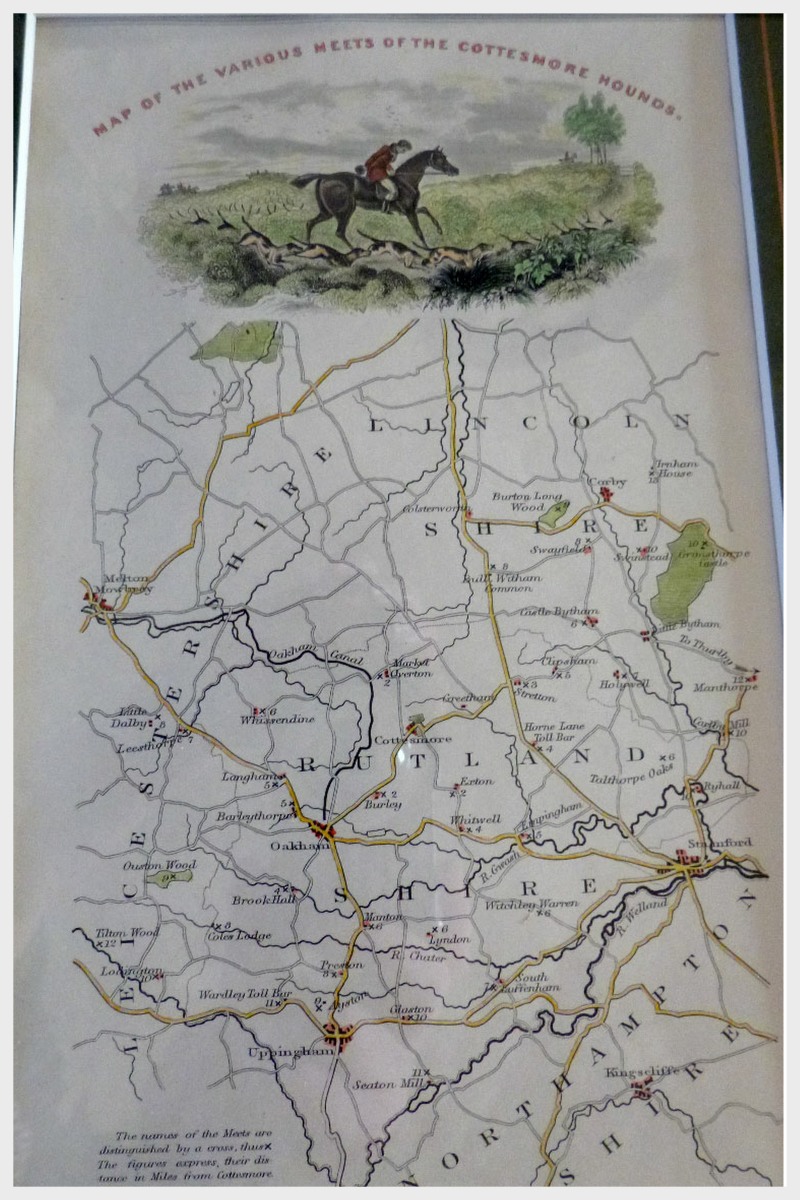