The History of Education in Cottesmore

On what is now Wenton Close, stood the Cottesmore Central School, the first of its kind in Rutland. It was 'Central School' not because it was central to Cottesmore but because it was central to the villages it served. The construction started in 1919 as part of the new wave of schools that had been interrupted by the Great War. It was built from disused army huts which came from Grantham. 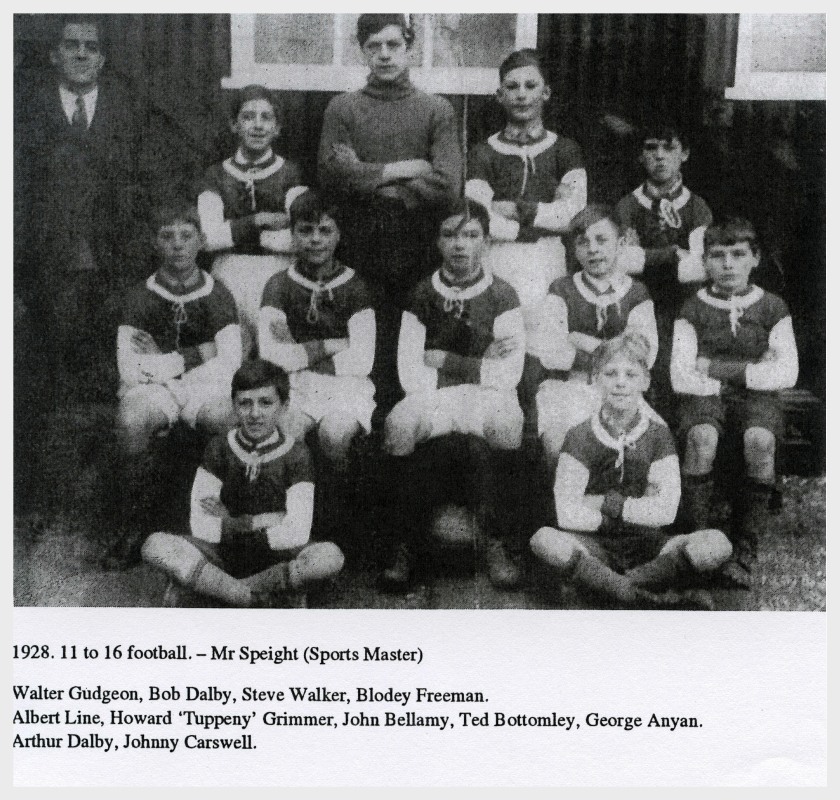 The school opened the following year with a capacity of 75 pupils aged between 11 and 14 who were divided into three forms and was co-educational. In addition there was a domestic science and a woodwork room. As well as these rooms there were also two staffrooms, although why it is hard to fathom. The boys wore red caps, being the colours of the Cottesmore Hunt. Those that did not pass the entrance exam at 11 were called 'Practicals' and went to the school on Tuesdays and Thursdays, the boys, to learn gardening and woodwork, whilst the girls did cooking and sewing.

The first head was a Mr John William Cattell, the son of a somewhat strict father! With the head were three female teachers who were full time and travelling teachers ( now known as peripatetic)for needlework, domestic science and woodwork. These teachers also taught at Oakham and Uppingham. Lastly there was a general teacher a Mr Bolton who was to become the head teacher at Great Casterton. He had a great collection of 'relics' that were subsequently donated to Rutland County Museum which laid the foundation to the current collection. 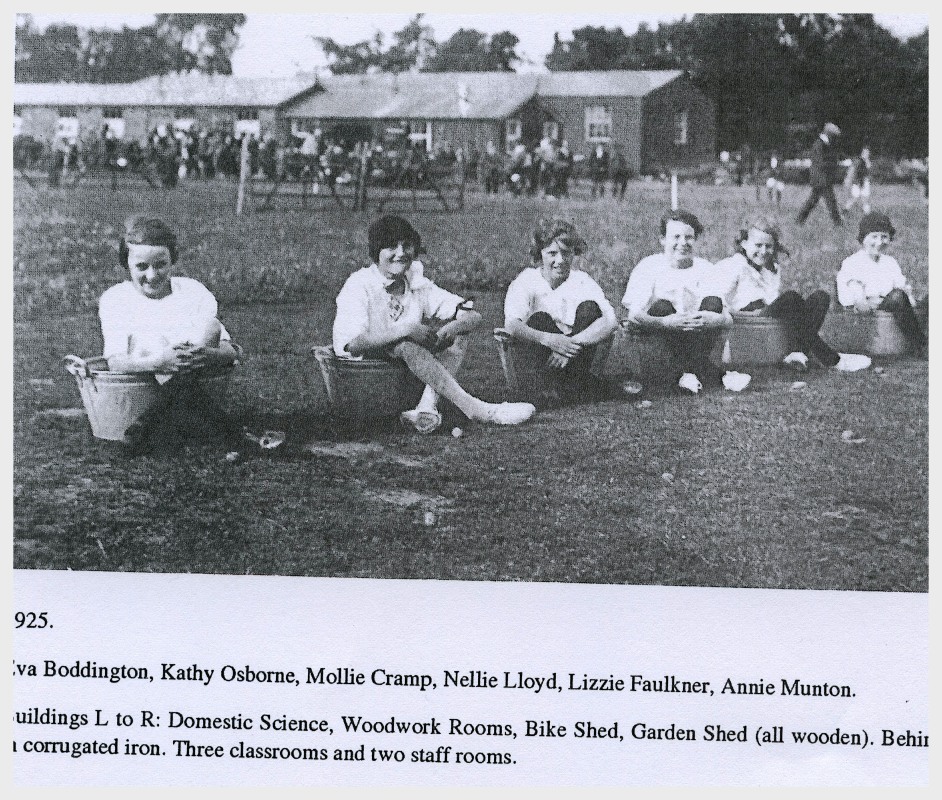 In the first few years the children from the outlying villages such as Stretton, Whitwell, Empingham, Burley and Thistleton were given bicycles by the County Council, provided their parents paid half the cost, if they could afford it. Those nearer such as Ashwell, Barrow, Market Overton and Greetham had to walk Those few pupils who came from further afield used to catch the train to Oakham and then walk. By the late 20s when there were more regular 'omnibus' services more pupils were able to avail themselves of this luxury.

Mr Cattell retired in 1933 and was replaced by Mr H D Smith of Syston having been the conductor of the Leicester Bach Choir. Because of this the Cottesmore School Choir became very accomplished and each Christmas they would sing in the churches of the villages from which the children came. It was said that they often won first prize for their singing at Oakham and Uppingham.

In the 1930's the dinners were cooked under the supervision of the domestic science teacher a Miss J F Clements. These meals cost 4d (old money) a day for two courses and for those who could not afford this there was soup and dumplings for 1d per day. This would certainly separate the better off from the poorer pupils. Pupils not partaking of school dinners took packed lunches which they ate in the school hall. Mr Bentley, the school caretaker, would boil water to make hot drinks of Oxo or Bovril. Water was taken from an old pump in the school grounds and heated on tortoise stoves for washing purposes. 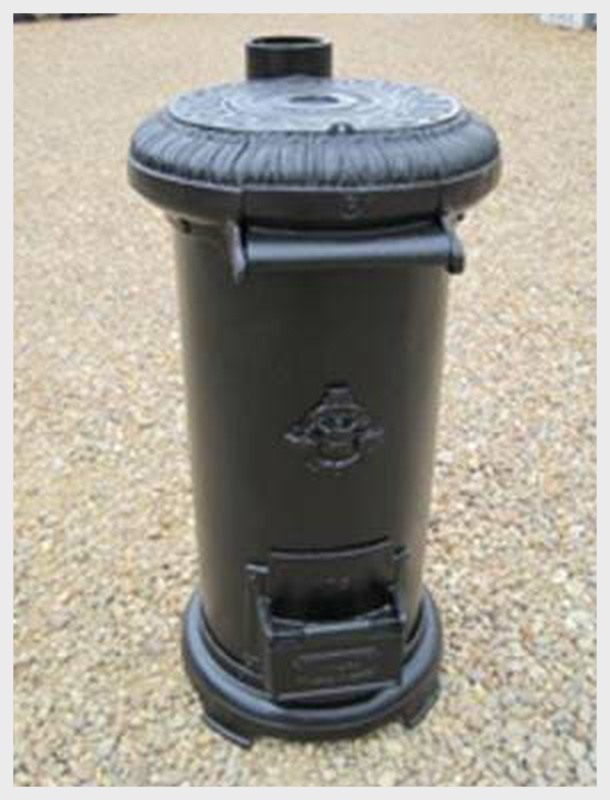 Pupils from Whitwell, Empingham and Exton travelled on the 'Oakham and Riskit' bus, so called as it broke down so often and the children often had to walk the last few miles.

In 1939, war evacuees came from Hemel Hempstead (other sources say Fleet School) for about three years. Some fifty were billeted in the village, others were in Cottesmore Hall ( that is the part that survived the fire in 1926) when the nuns who had occupied it, moved out. The Central School could not absorb all the new pupils, so for some of them, school classes were held at the Hall itself.

The table below shows the basic data for 1954 where the domestic science room seems to have gone as well as the midday meal.

During the 1950's one boy who attended was a Maurice Rippin from Greetham. Here is an extract from his recollections.1 Central School was known locally as 'Cottesmore Cowsheds'. I used to cycle from Greetham racing home after the last lesson of the day. The headmaster, Mr H D Smith was a lover of singing and cricket and a tough disciplinarian. Punishment was severe on occasions. I remember boys queuing in the main hall for assembly and making a noise. H D came out and punched every one of us in the stomach. Another teacher, Mr Baron, would hit the boys on the head with his signet ring which he wore on his right hand.

More interesting times for me were cycle trips to Grimsthorpe Castle and Belvoir Castle with a mixture of boys and girls accompanied by Miss Kath and Miss Nancy. I remember we were all around a coke stove in a Nissen hut, one of the teachers held a mug of coffee with both hands wrapped around it. Something as a young lad I had not seen before.

Physical exercise was a daily routine. The boys would line up on the sports field and then ask the girls, who were wearing their navy blue knickers, to choose a partner with whom they would prefer to do handstands with. We were allowed to go to local farms for potato picking for which we were paid a little pocket money. 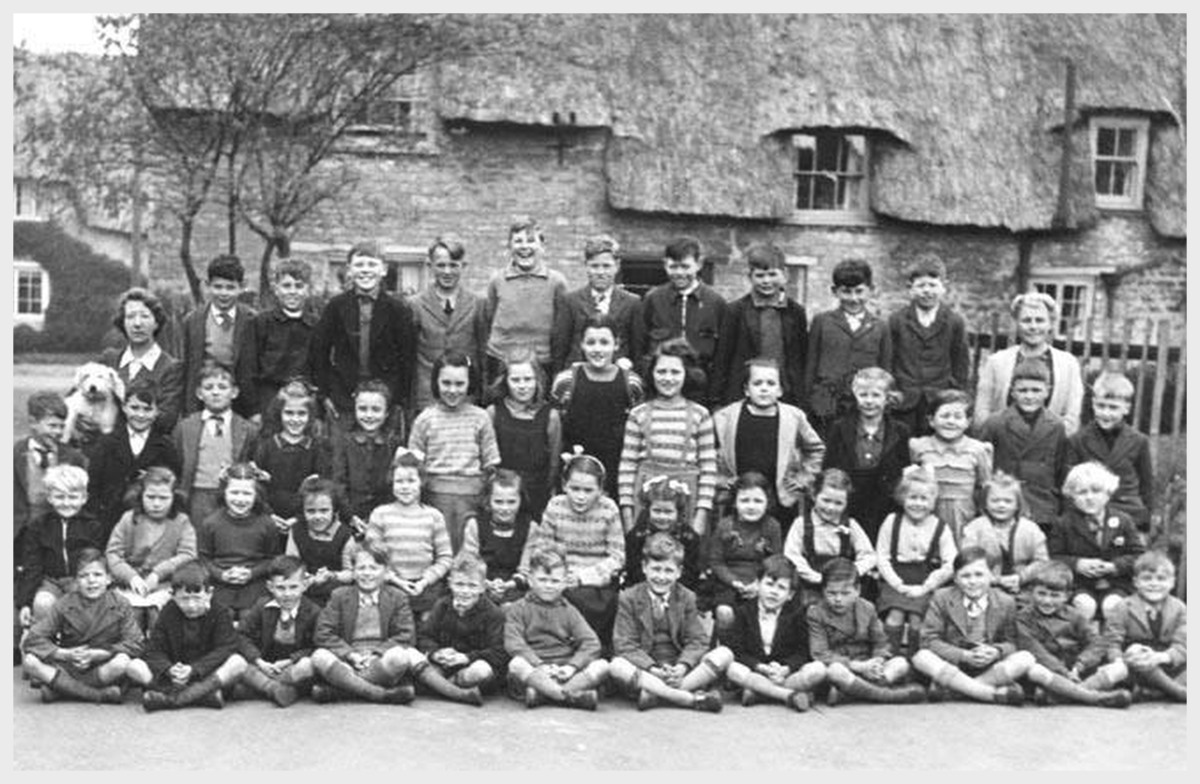 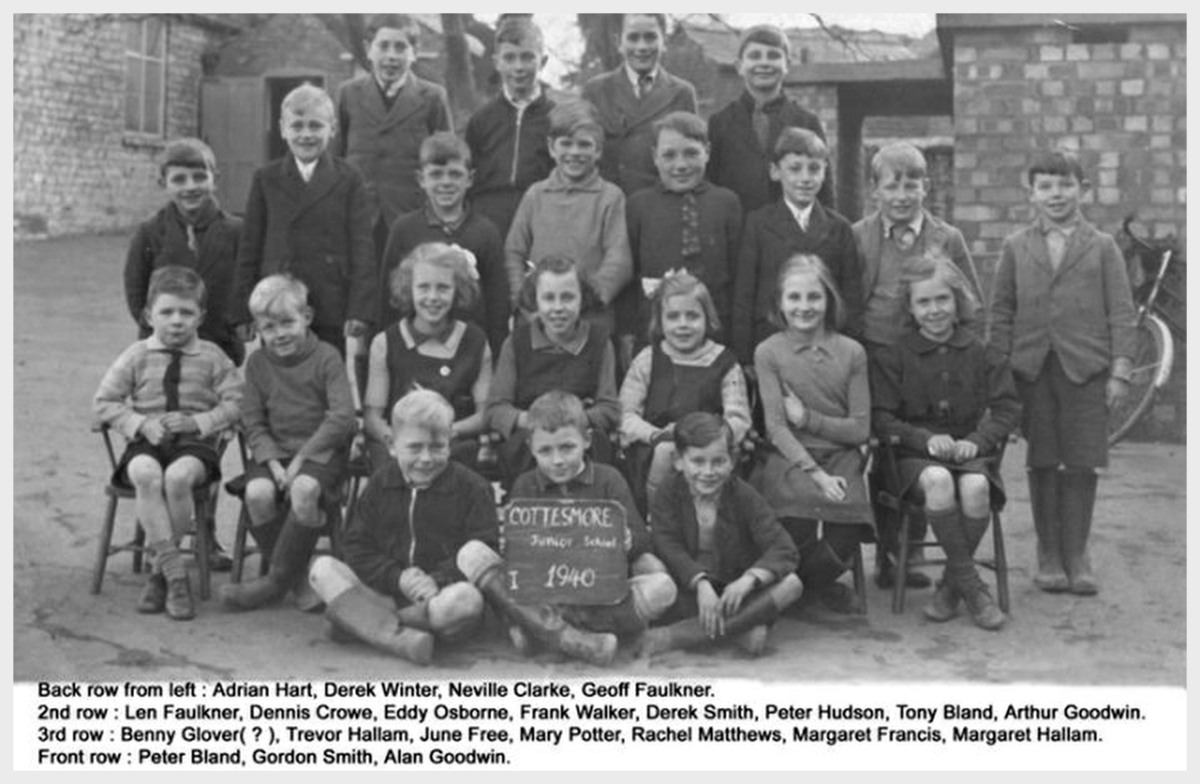