Visiting Cottesmore today it is difficult to believe that many of the surrounding fields have been quarried for ironstone. In 1959 it was a very different scene as described in this extract from a guide to the village

"The ironstone mining has very much altered the face of the country round Cottesmore in recent years. This opencast mining which surrounds the village on three sides, North, south and west has lowered the level of the fields by some ten to twenty feet, cut through the beautiful Exton woods and swept away old field paths, springs and other natural landmarks.

The road to Exton is threatened with closure and Cottesmore House, once the home of the Noels' and now offices of the mining company, may shortly be demolished. The spinney adjoining it in which there used to be a lime kiln has long since gone. The road to Market Overton now appears to run on a causeway, since the fields on both sides have been excavated and put back at a lower level and some farms and barns appear to have been built on small islands. The network of paths which used to connect Barrow and Cottesmore have all vanished between the ironstone mining and the ploughing up of old pasture during the 1939 war. However, this industrialisation of what was once a purely agricultural community has brought considerable prosperity to the village and many of the men and boys now work 'at the pit".

Ironstone deposits at Northamptonshire and South West Linconshire were known in Roman times. The Doomsday book records 3 Ferraria (iron forges) at Castle Bytham, The East Midlands deposits fell out of use when more productive deposits were found associated with coal. Increase in demand and ease of transport brought the area back into use with the coming of the railways and new working commenced in Northamptonshire from 1851 (The Quarries, Iron Limestone and Sand),H. B. Hewlett isbn0-9506723-0-0). The Rutland ironstone quarries were all in the Northampton Sand seam and all but one were started after 1900, with a wide variety of owners.

The Sheepbridge Coal & Iron Co opened discussions with Lord Gainsborough of Exton Hall in 1879, signing a lease on 25 November 1880 for land within the Cottesmore parish. Iron ore production commenced in 1882 and a royalty of 6d a ton was paid from 1885.

The ore was found beneath 6 feet of cover, which was removed by hand. It was shallow enough to be outside the jurisdiction of H. M. Inspector of Quarries. Before the Midland rail line was completed the ore was carried by horse and cart to Ashwell Station. The Cottesmore system was the last one of any size to be worked by horses from the outset over a narrow gauge tramway system. Steam locomotives were introduced in November 1922 and Frodingham introduced mechanical excavators in 1933.

A new lease with the Ecclesiastical Commissioners was obtained on 26 November 1914, for 41 acres of Cottesmore Glebe, lying north of the Ashwell Road and west of the road to Market Overton. The lease was transferred to the Frodingham Steel Company on 31 March 1933 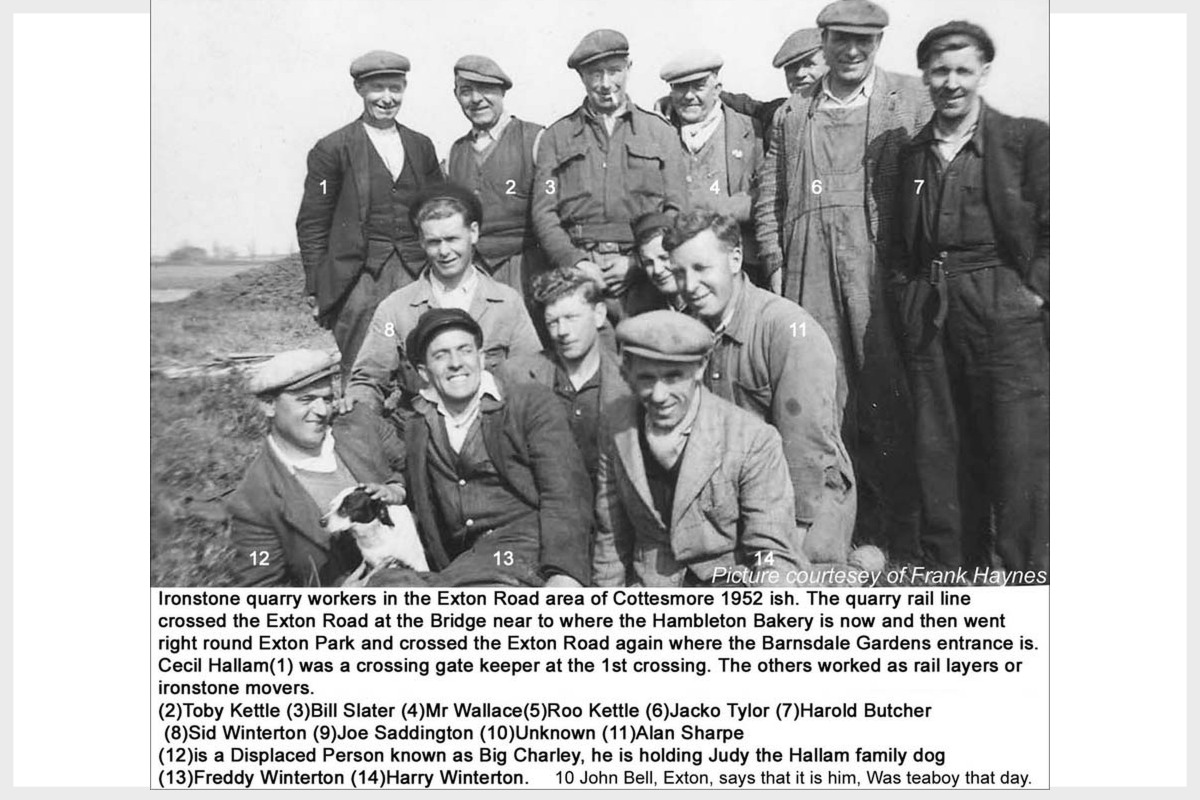 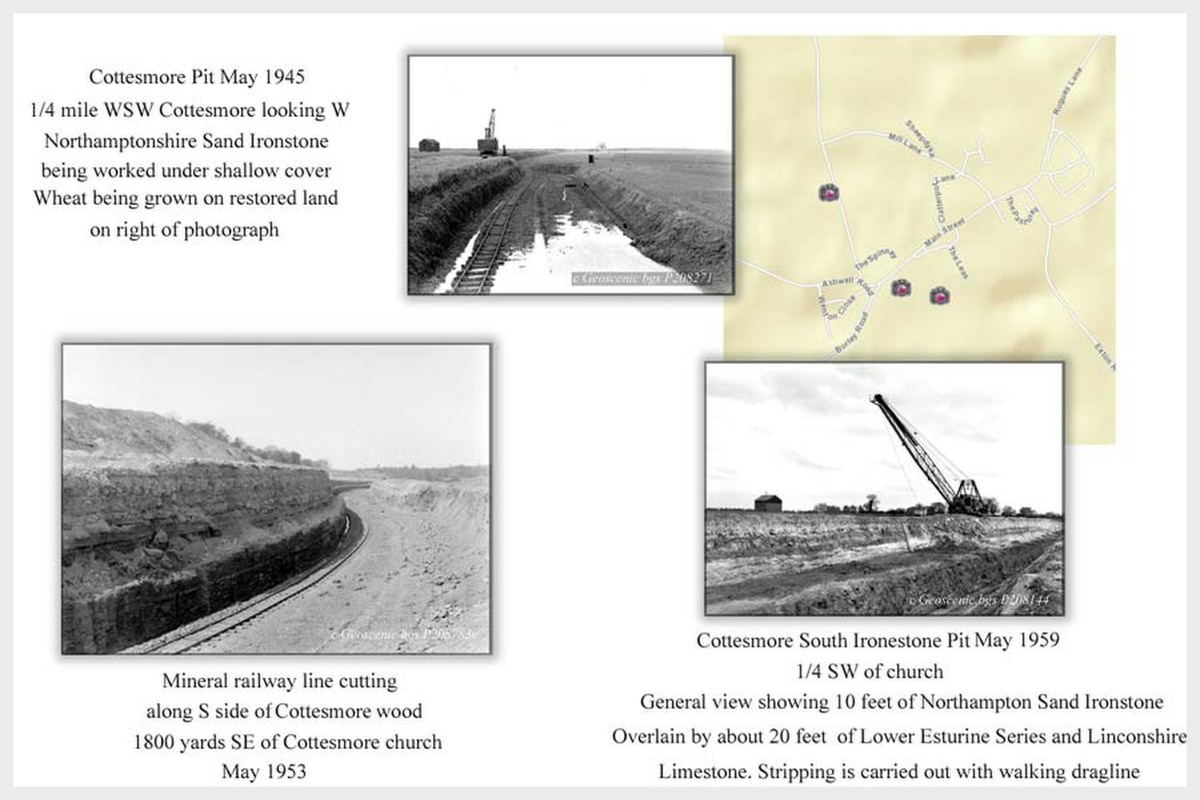 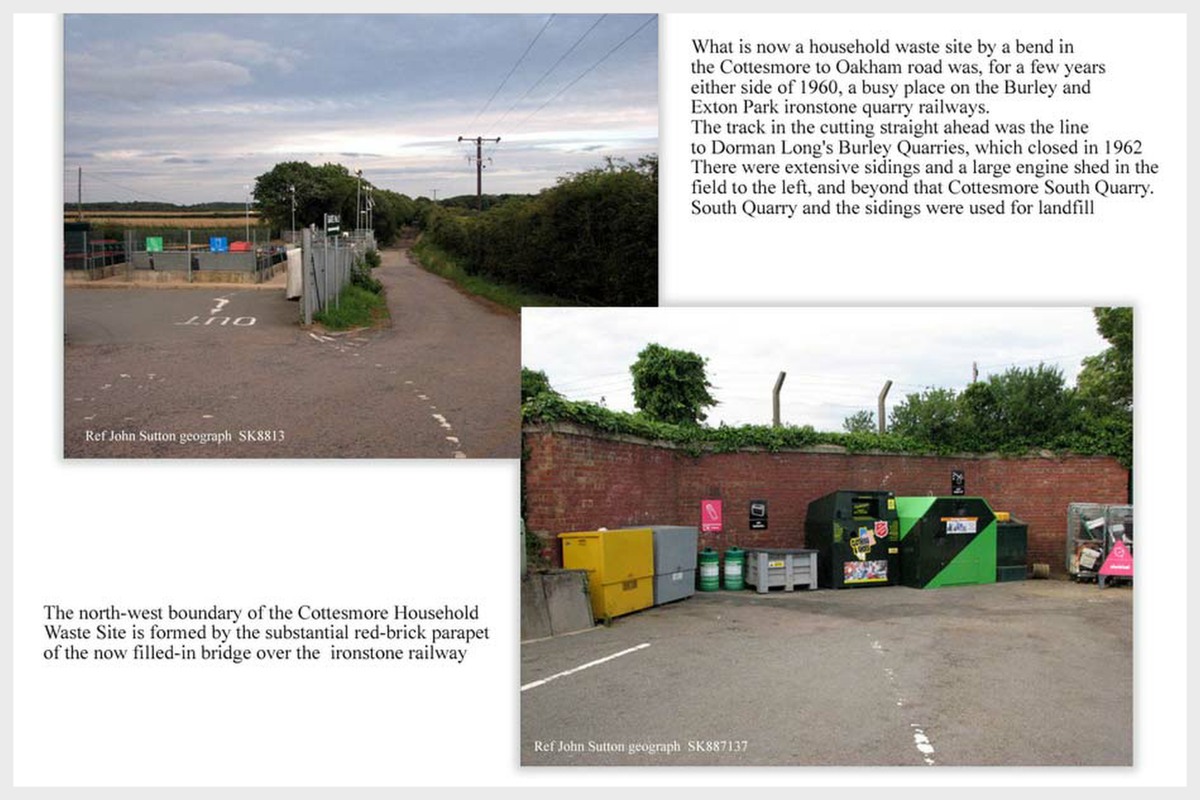